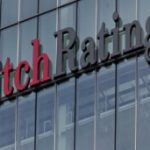 “The estimated budget surplus in 2018 on an accrual basis is set to be higher than the previous forecast, which is the best performance of the country over the last 20 years, “the MoF said.

Fitch has identified the factors that would trigger an increase in rating ratings. These are ongoing improvements in external and fiscal balances, progress in joining the euro area, favourable prospects for economic growth, which lead to a faster convergence towards income levels for countries with a similar rating.

“Future developments that either individually or together would lead to negative rating actions include the emergence of external imbalances, deterioration in external competitiveness, and a sharp increase in government debt driven by fiscal loosening or the materialisation of contingent liabilities in the country’s balance sheet” reported by the finance ministry.