Bulgaria reaffirms its status as “Low-Cost-Hub-of-the-East” – Bulgarian Head of State: Bulgaria May Be the Gateway to Lebanon with Regard to the EU And Lebanon 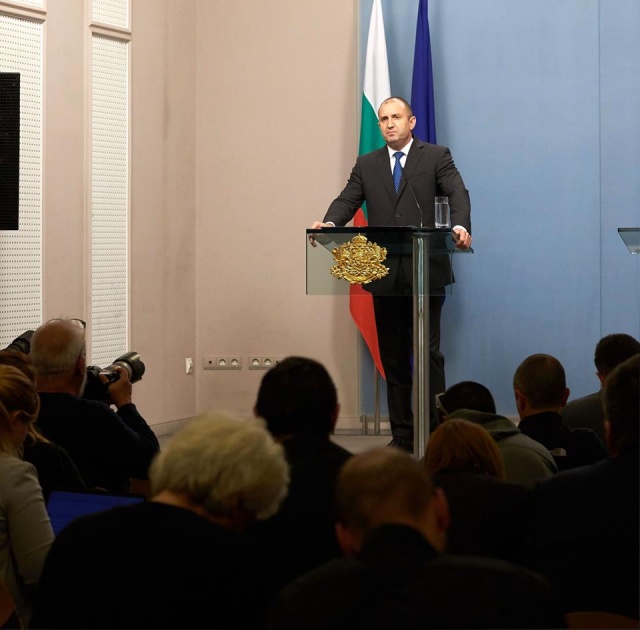 ,,Bulgaria may be the gateway to Lebanon with regard to the EU and Lebanon to be our gateway to the Middle East region”, President Rumen Radev said at a joint press conference with his Lebanese counterpart, Michel Aoun in Beirut, where the Bulgarian head of state arrived today official visit.   Both presidents share the belief that the two countries have great potential for cooperation.

Source: Bulgarian Head of State: Bulgaria May Be the Gateway to Lebanon with Regard to the EU And Lebanon – Our Gateway to the Middle East Region – Novinite.com – Sofia News Agency

,,We should not only rely on trade, but also on mutual investments and joint productions”, Radev noted.
He recalled that there are Lebanese investments in Bulgaria and they have proved their effectiveness.
,,Bulgaria can be very useful in a number of infrastructure projects in Lebanon – in the field of construction, hydro-technical equipment, energy”, the Bulgarian president said.

The meeting also discussed the possibility of a direct airline between the two countries.

,,We will continue to work for greater transport connectivity”, said President Radev.
He informed that he would soon invite the Lebanese ambassador to Sofia and representatives of the Bulgarian air carriers to discuss the possibilities for such an airline.
,,There is a direct airline between Lebanon and Greece, Serbia, Romania, Bulgaria losing the fact that there is no direct airline, and many tourists go to these neighboring countries”, the Bulgarian president says.

Bulgaria highly values ​​and supports Lebanon‘s efforts to bring balance, constructiveness, dialogue and seeking a peaceful resolution of problems on a regional level, the Bulgarian president said. We value Lebanon‘s model of ethnic and religious tolerance, he said.

The topic of today’s talks was the problem of the refugee crisis.
,,Lebanon is the country with the highest concentration of refugees per capita in the world, a huge burden on the social system and the health system”, Radev said.
He stressed that Bulgaria has made an active contribution to the EU to provide the relevant financial support  to Lebanon.
,,Bulgaria urges Europe to engage deeper with the problems in the region, with the problems of countries of origin and countries of refugee transit”, the Bulgarian president noted.

Lebanese President Michel Aoun said they both discussed the issue of Syrian refugeesand introduced the Bulgarian president to the difficulties that Lebanese faces with the presence of such a large number of refugees who add to the chronic problem with Palestinian refugees. ,,The relief of the fate of Syrian refugees and the states that accept them is a common responsibility of the world”, Aun says.

At the press conference, the Lebanese president noted the good relations between Bulgaria and Lebanon. He expressed hope to open a direct airline between the two countries.